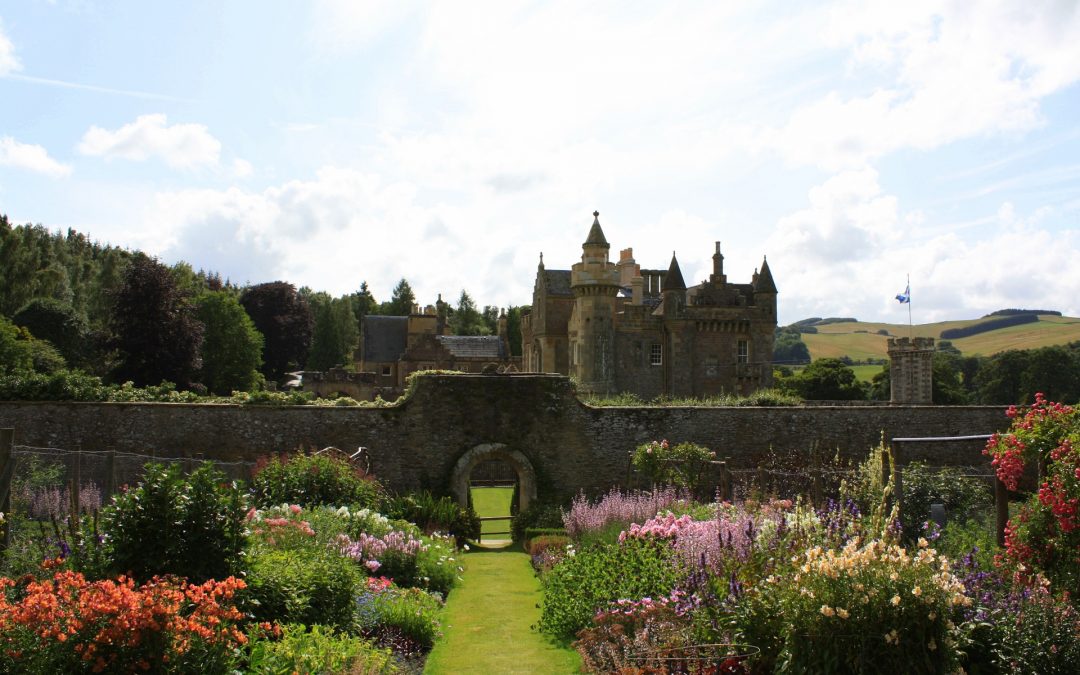 Oh, what a tangled web we weave, when first we practice to deceive. 1808.

My journey to Abbotsford, home of Sir Walter Scott, was originally more a meeting with old friends than anything especially literary. However, there was the bonus of a small Turner exhibition at his house for Turner, at the behest of Scott’s publisher, illustrated some of Scott’s work (poetical) which were later donated to Abbotsford.

Scott was not as impressed as I was by the idea for Turner’s reputation had travelled before him. Lowly born, Turner was a man of prodigious talent but limited social skills: taciturn, grubby, a man with few friends. Although we mainly know Turner for his ‘big’ paintings, especially seascapes, ethereal works of incredible light and colour, he went on numerous sketching tours, as was the case when he visited the Scottish Borders.

Turner’s initial suggestion that he need not journey north as he already had sketches completed in Scotland was not what Scott wanted to hear from the illustrator of his work. This was the equivalent of saying: I don’t need to see the area for I have some pictures which will do! Turner eventually agreed to journey north but there were delays which understandably irritated Scott. It seems Turner took his time reaching Scotland as he was tempted by northern landscapes along the way, much to the chagrin of his host. Curiously, Turner’s visit to Scott became some of the best-documented parts of his biography for Cadell, the publisher, kept a diary of events.

As for Sir Walter, Ivanhoe is all I can claim to have read, for I had the book in my children’s classics collection. It was an adventure tale, not really my thing at all. Romanticism, too, I suppose, wasted on a young child.

Turner it seems was uncommunicative, so he and Scott had a somewhat difficult relationship, for Scott seemed a well-mannered man. In the house at Abbotsford are paint boxes belonging to Turner (mix your own, no tubes) and a sketch pad, though he is rumoured to have carried and used three. It has to be said that, for me, Turner excels, in his larger-scale paintings. Then I look on in awe. Small book illustrations of Border Scotland do not have the same dramatic impact. However, they were quite a coup in illustrating Scott’s (very popular in his time, favourite author of Charlotte Bronte) books.

It’s easy enough to read about his writing, but what of the man? Sir Walter was a decent man. It seems he courted a woman, Wilhelmina Belsches, younger and of higher social standing, for seven years. She then married someone else, despite being the so-called love of his life. He saved up his money but still did not really have enough to dare hope to marry someone of her standing. Her parents seemed to quite like him, but Wilhelmina’s engagement to a banking heir was later announced, leaving Scott humiliated and jilted. He was deeply hurt, though like most people,  got over it quite quickly. Certainly, Wilhelmina could have made the truth known much earlier. She was his first love, therefore memorable.

However, only some months later he married in Carlisle, on Christmas Eve, his French wife, Charlotte Charpentier, to whom he was devoted. They met while Scott was touring the Lake District with friends, meeting at a ball where he was struck by her beauty, despite her age of 27. Within three weeks he proposed marriage much to the chagrin of his parents, who were concerned that she was (God forbid) French, and feared she might also be a Catholic. They were reassured that she had some money and was Church of England, so they relented. The couple remained happy until she died in 1826, some thirty years later. Scott was quite the family man, with five children, four of whom survived until his death. Even when abroad on the grand tour in the last throes of his life, his aim was to return home. He loved the views from Abbotsford down to the River Tweed. Ultimately, he was buried aged 61 at Dryburgh Abbey (along with the later General Haig)  also adjacent to the Tweed, though he was born in Edinburgh.

In terms of writing, he opted for the omniscient narrator approach, creating a new realistic literary form of the historical novel with sophisticated character development, localised scene-setting, and use of regional speech. For any non- Scot, this also makes his work difficult to read. Apparently, he also had a razor-sharp, retentive memory so could recite and remember poetry.

It is hard to imagine that the talented Walter was the ninth child of his parents, though six of his siblings died. His own childhood bout of polio left him a little lame but he was sent to stay with his grandparents in the Borders to cure this, so there, fascinated by the oral tradition, he learned the richness of language that secured his place in literary history. He was a walker but it was on horseback that he developed full freedom of movement, for it is said that his horses stopped at what has now become Scott’s View, on their way to his funeral, creatures of habit, for this was one of his favourite sights and place to reflect, overlooking a view of the River Tweed and the Eildon Hills.

In 1825, a worldwide banking crisis caused the collapse of Scott’s Ballantyne printing press set up with an old school friend. A man of honour, rather than declare himself bankrupt, he decided to write his way out of debt, producing prodigious amounts of work under pressure. Scott was thereby assured of his place in history.