Boring Belgium? What a load of old waffle! 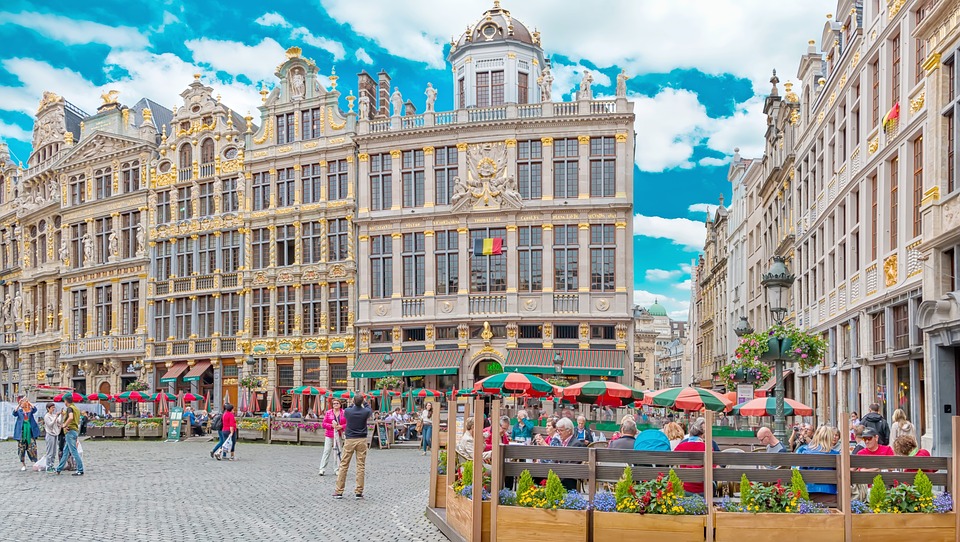 Now we have Brexited, I’m resurrecting a few blog posts set in Europe.

With its reputation as a boring country with little to commend it, the question on everyone’s lips if you visit is: why? The question on my lips is why does everyone dislike it so much? Enjoying Belgium compared to any other country is like watching Djokovic beat Federer on Centre Court. The crowd is appalled, and yet those of us in the know realise we are seeing something amazing.

Comedian (allegedly) Bob Monkhouse quipped: “I went to Belgium once; it was closed”. He’s not that funny, though.

Well, it seems that the Belgians can’t even stick to one language (oddly, I find this a part of its charm) but they also have a penchant for huge dollops of mayonnaise on chips as in ‘do you want chips with that?’ along with strong beer and waffles of different shapes and sizes, all of which makes them somehow curiously dull. I could ‘waffle on’ ad infinitum about waffles. The Liege ones are irregular, sweeter and cheaper. The Brussels ones are rectangular, crunchier and tastier. Traditionally, you have them with icing or ‘powdered’ sugar, but anything goes! Waffles are boring, aren’t they?

I mean, who’d want an ice cream waffle in Belgium if you could have a ham sandwich in England?

Sure there are probably more exciting cities than Brussels, the capital, but even that has its attractions especially if you just go exploring on foot.

Belgium sends herself up a little with the tiny Brussels statue, Mannequin Pis, which has umpteen outfits it can wear, a bit like some people treat their pet dogs. The strange statue of a little boy peeing surprisingly attracts the crowds but the country doesn’t deserve the constant derision it receives for this pint-sized monument. Originally, Pis was a fountain when clean drinking water was a big issue. It survived the bombardment of Brussels in 1695 (though the current statue dates from 1965, just twiddling the numbers around a little) and the little bronze boy became an emblem of the city’s rebellious spirit, but also he embodies their sense of humour. Maybe that is where the term ‘to piss yourself laughing’ comes from! There are various legends, some better than others, and people have tried to steal him. Of course.

On the plus side, Brussels is easy to reach via the Eurostar from St Pancras, and once there, travelling to other towns and cities, like Antwerp, Ghent, Bruges and Leuven (home to the Stella Artois after which I was nearly named, Stella, not Artois) is easy. The trains run frequently, some are double-deckers, the ticket office people are pleasant, though the ticket collectors look a little Inspector Clouseau; it all seems very efficient. It feels suitably European without going too far.

I’ve visited all those towns, my favourite remaining Leuven.

Bruges is overcrowded, feeling more so than Brussels at times though much quainter, but even so, it doesn’t deserve the derision of Colin Farrell, he of ‘In Bruges’ fame, reputedly known to have said: “If I grew up on a farm, and was retarded, Bruges might impress me but I didn’t, so it doesn’t.” No comment, Colin, but then I am rurally challenged.

Bruges is a medieval city now based around canals. Perhaps he should have tried Ghent (Gent) which has more listed buildings than any other Belgian city (though somehow I suspect he would not have liked those either) and a largely vehicle-free zone in the centre. Antwerp is more contemporary, perhaps more dynamic, with a magnificent Central Station, but also many building works when I visited. Bruges and Brussels are UNESCO World Heritage sites. What on earth does it take to impress an Irish actor from Ballykissangel?

Back to Brussels, you walk through the area around Brussels Midi (not at night, I’m told, but then would you walk alone by the Gare du Nord at night?) towards the Grand Place along the Rue de Midi, which takes around 25 minutes. During the day, the area is not a problem, though some people claim the less shabby Central Station area is safer. At no time (daylight admittedly) did I feel any sense of intimidation walking near either station, but the area itself lacks interest, though it does sell colourful cheap fruit by the kilo, and on Sunday there is a Midi market.

The Grand Place (or the Grote Markt if you go Dutch) is the place to be, where everyone hangs out, the central square, containing opulent architecture, eclectic yet weirdly appealingly aesthetic. One of the most beautiful squares in the world, it houses the City Hall, Maison du Roi and Guild Houses. Back in the sixteenth century, Protestant martyrs were burned there by the rather nasty Spanish Inquisition, people were beheaded there and many of the buildings were targeted during wars of the seventeenth century, so a rich and bloody history.

Now, it is more likely to house a flower market, a Christmas market or music concerts. Sometimes, it simply contains people, visitors in awe of their surroundings. It is the expensive touristy spot. Not too far away, via a stroll in the Parc du Brussels, you reach the European Parliament area which has a free and interesting exhibition, Parliamentarium.

Well worth a visit, if only to recap on the European history underpinning the European Parliament before we Brexited it, with an embarrassing display of jingoism at its worst from the likes of Farage and Widdicombe.

My feeling is that a couple of days is sufficient for Brussels (I chose the Parliament to visit but others may prefer places like Atomium – look it up). As the February weather was ridiculously fine, I did not spend time indoors at the many museums, but they are available if needed.

Take a day out from Brussels. Ghent is on the way to Bruges on the train, though the city is a trek from the station on foot, and Leuven is really very close. Leuven has a fifteenth-century town hall with tall spires, many students, numerous churches, the stunning university library and the beguinages. It is incredibly easy to get around. All have a ‘Flanders’ feel to them, but all have different characters. Unless you lack imagination none of them is boring.

Sorry, Colin. Have a beer. Cheers!